1. How do biologists define evolution?

12. How has evidence from molecular biology supported the theory of evolution?

1. How are fungi classified?

2. What role do fungi play typically in their habitat?

3. How are fungi different from plants?

6. How do fungi spread out in their habitat?

7. The body of a fungus is a thread like structure called a ____

1. Liverworts and mosses both have a dominant ________ generation

1. What advancement is seen in the gymnosperms compared to the ferns?

2. How are Gingkos and cycads different from conifers?

4. How are confirs adapted to cold dry climates?

5. What does it mean if a plant is monecious?

6. Ephedra belongs to what division of plants?

7. What is the male gametophyte in the conifers?

1. What is the function of these parts of the flower?
petals
sepals
anther
ovary
stigma
style

2. Other than the flower, what other advantage do the flowering plants have over the gymnosperms?

3. What is the function of fruit?

Wildflower hotline up and running

The Theodore Payne Foundation's weekly postings of where, and which wildflowers are blooming is up and running. Click here to go to the hotline webpage.

I am hopeful this will be a good year for a wildflower bloom. 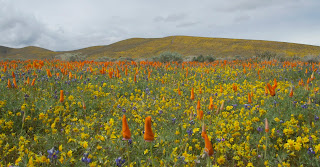 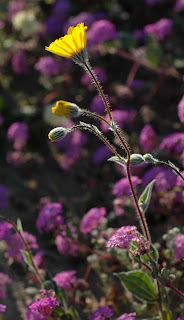 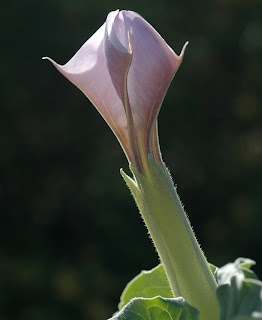