Artificial photosynthesis breakthrough: Making hydrogen from water as fast as plants do! 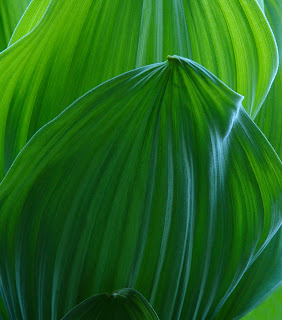 Researchers in Sweden have developed a method to break water into hydrogen and oxygen as fast as plants can do this during photosynthesis. This is a major break through that has implications for using the sun to make hydrogen from water for fuel. For more information on this exciting research, check out the link below.
Artificial photosynthesis breakthrough: Fast molecular catalyzer
Posted by Connie at 8:56 PM No comments:

Bio 120 Review for the Exam

Here are the photosynthesis questions for review:

1. Which colors of light are most strongly absorbed by chlorophyll?

2. Where does the oxygen released during photosynthesis come from?

3. Why is water needed in photosynthesis?


4. What are the products of the light dependent reactions?

5. What is made in the light independent reactions?

6. What is the role of RUBP in photosynthesis?


7. What kind of plants use PEP and what advantage does it give them?

8. How are CAM plants different from others in the way they do photosynthesis?

9. What kind of organisms can do photosynthesis?

10. Where inside the chloroplast do the light dependent reactions happen?


Here's some questions to make those brain cells churn out the ATP!

1. What are the differences between aerobic and anaerobic respiration, and which is more efficient?

3. What are the three steps in aerobic respiration, and where does each occur?

4. During which step of cellular respiration is the most ATP made?

5. During aerobic respiration, how many ATPs are made from one molecule of glucose in most cells?

6. What is the role of oxygen in aerobic respiration?

7. Describe how the ATP is made during chemiosmosis

8. What is produced by your muscle cells if there is not enough oxygen available at the end of glycolysis for aerobic respiration to continue?

10. What are the important end products of the Citric Acid Cycle, and what happens to each of these products?

11. How can speciation happen?

Population Ecology and Interactions
1. Define resource partitioning and give an example of it.

10. What is carrying capacity?
Posted by Connie at 7:09 PM No comments:

Thanks to all my students who came out today to help weed and plant native plants on the Bolsa Chica Mesa. One of our lead volunteers sent me this email about you:
"Hi, Connie--I worked with a group of your students today, and I wanted you to know they were terrific! Excellent workers, pleasant companions--there were a few high-school kids in our group, and some cross-conversations that were helpful, instructive, and altogether pleasant. Good bunch, and they deserve extra credit. I hope they return."

I know I have great students, and it is sure nice to hear it from other people too. I am very proud of the hard work you all did today.
Posted by Connie at 4:23 PM No comments: