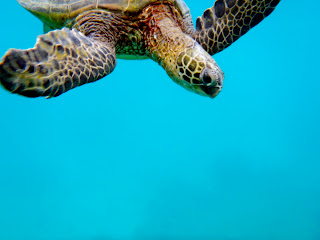 I've just come back from Maui where I had the chance to snorkel with and photograph green sea turtles (Chelonia mydas). They are called green turtles because a layer of fat just under their shell is green. 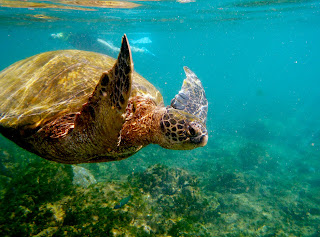 They nest on sandy beaches and may feed miles and miles away from the nesting areas. These turtles are endangered in part due to loss of their nesting areas to coastal development. Turtles are also caught in fishing nets and drowned. While they can hold their breath for long periods of time, as reptiles they do need to breathe air. 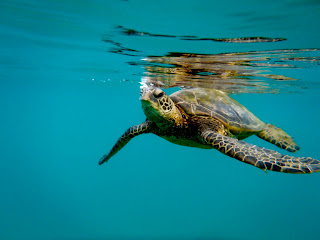 These turtles as adults eat algae and sea grasses. Adult turtles are preyed upon in Hawaii most commonly by the tiger sharks. I did see a turtle with what looked like teeth marks on the back of its shell. 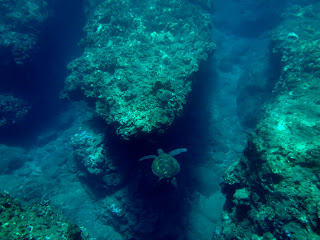 After feeding the turtles often found a place under rocks or coral to rest.
Posted by Connie at 11:54 PM No comments: