Spring in the Mojave Desert 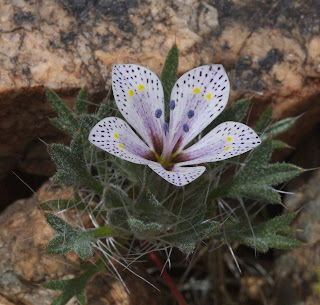 This diminutive plant has a wonderful flower. This is Lilac Sunbonnet Langloisia setosissima. The whole plant is about 2 inches tall. Check out the blue pollen. 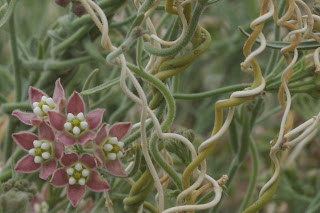 Climbing milkweed, Sarcostemma cyanchoidies, is an important host plant for the larvae of butterflies. Notice the tendrils it uses to cling to other plants for support. 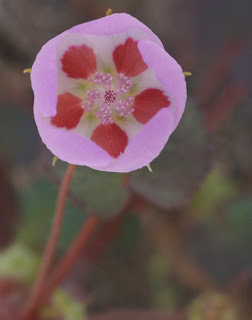 Desert Five Spot. Eremalche rotundifloria. How about that? A scientific name that is very logical. Rotundifloria, round flower. These flowers look like little domes until just before they wilt, then they open up to show off their spots. 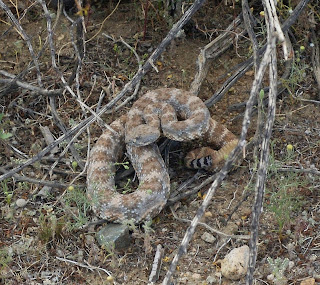 Hey, that's no flower! This rattle snake was snoozing in the shade of a creosote shrub until we rudely walked by and disturbed it. 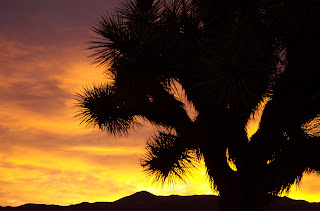 One of the best things about camping is seeing the sunrise. 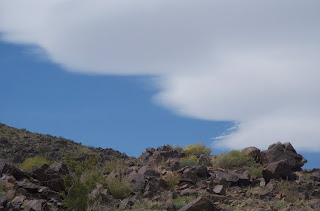 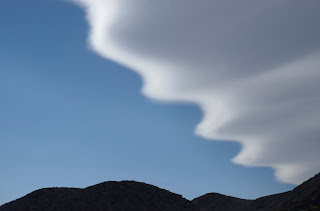 The clouds were beautiful on Saturday. 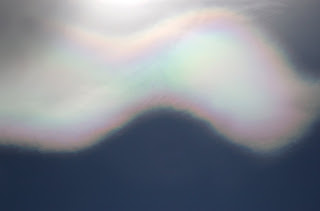 A rainbow cloud
Posted by Connie at 3:31 PM No comments:

1. What are two important factors in determining what type of Biome one will find in a given area?

2. What causes the seasons here in North America?

3. What are three strategies plants have developed to survive in the cold dry,and sometimes dark conditions of the Tundra?

4. What kind of adaptations have animals developed to survive in:
A. The tundra
B. The deserts
C. Coniferous forests

5. What is a rain shadow, and how does it account for different plant communities occurring at the same latitude, but on opposites sides of a mountain range?

6. In what biomes does fire play an important role, and what is this role?

7. To what kind of environmental stresses are the plants and animals in the chaparral adapted?

8. How is a deciduous forest different from a coniferous forest, other than the types of trees found in each?


1. Define resource partitioning and give an example of it.

10. What is carrying capacity?

10. What is the one thing all deserts have in common?
Labels: Biomes
Posted by Connie at 3:28 PM No comments:

1. How do biologists define evolution?

12. How has evidence from molecular biology supported the theory of evolution?

2. In what major way are bacterial cells different from plant cells?

3. Describe how bacterial cells can reproduce.

4. What is in the cell walls of bacteria?

5. What is a capsule used for?

6. What are the three basic shapes of bacteria?

7. What roles do bacteria play in the ecosystem where they are found?

8. How are Archea different from bacteria?

9. Some bacteria live in the roots of plants. What are they doing there?

1. How are fungi classified?

2. What role do fungi play typically in their habitat?

3. How are fungi different from plants?

6. How do fungi spread out in their habitat?

7. The body of a fungus is a thread like structure called a ____

1. Liverworts and mosses both have a dominant ________ generation

1. What advancement is seen in the gymnosperms compared to the ferns?

2. How are Gingkos and cycads different from conifers?

4. How are confirs adapted to cold dry climates?

5. What does it mean if a plant is monecious?

6. Ephedra belongs to what division of plants?

7. What is the male gametophyte in the conifers?

1. What is the function of these parts of the flower?
petals
sepals
anther
ovary
stigma
style

2. Other than the flower, what other advantage do the flowering plants have over the gymnosperms?

3. What is the function of fruit? 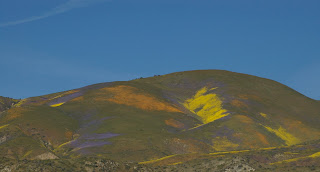 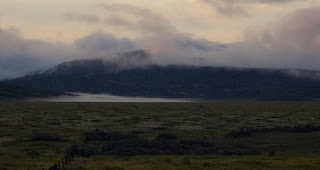 The Carrizo Plain is in a remote area of Southern California between the I-5 and San Luis Obispo. It is what California may have been like hundreds of years ago. It is an open expanse of grasslands with gentle rolling hills. It is quiet. Wind and birds are all one hears along with an occasional drone of bees pollinating the flowers at this time of year. There are no gas stations, or stores nearby. The campground has no water, and you pack out what you bring in. Go there. 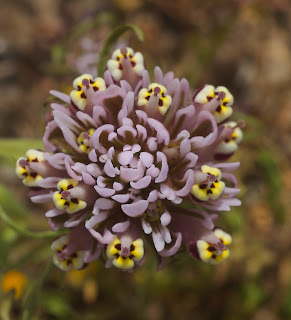 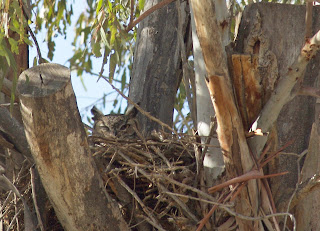 Great horned owl in nest. The campground where we stayed had some of the only trees in the area. Consequently there were a host of bird species in the area. 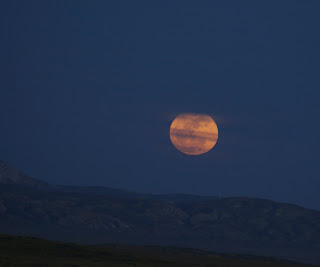 Moonrise over the Temblor Hills 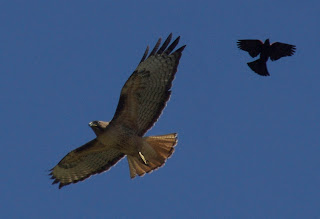 Red-tailed hawk being harassed by a red-winged black bird 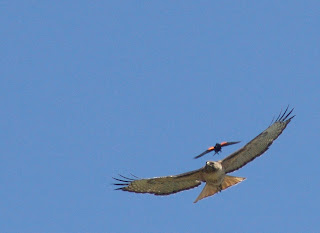 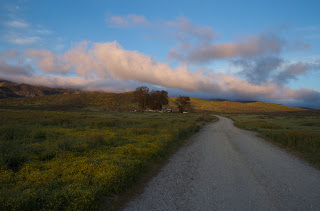 The campground shortly after dawn 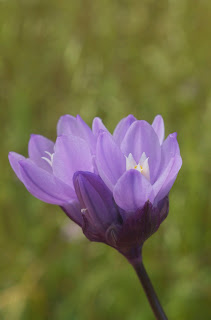 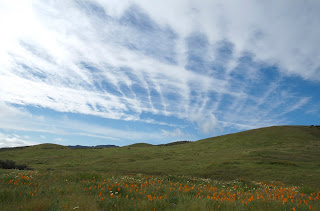 In the hills behind the campground 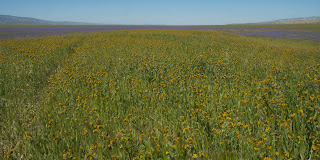 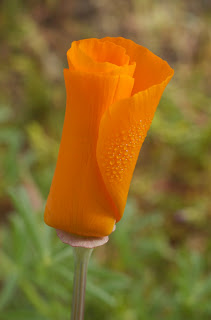 Stork's bill and goldfields paint the fields and hillsides
Posted by Connie at 8:42 PM No comments: